Benefits of Saffron during Pregnancy 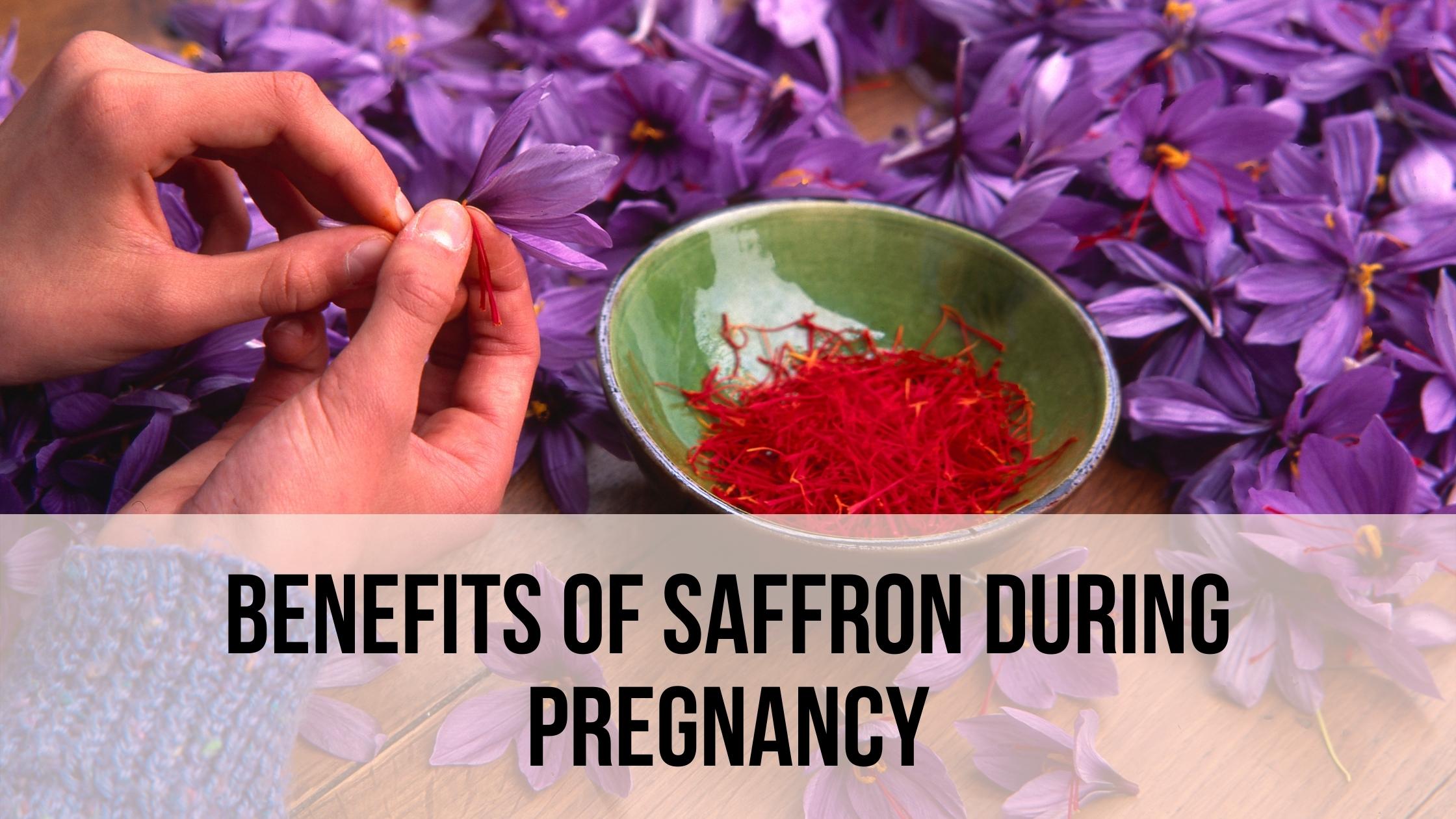 Saffron, also known as Kesar is an exotic spice derived from the flowers of Crocus sativus. The benefits of Saffron during pregnancy is well known for ages in cultures that depend on the use of spices in their cooking.

It has many health benefits for expecting mothers who are always worried about eating the right things to provide healthy nutrition to their baby and maintain a proactive pregnancy.

Saffron is known for its flavoring essence and antioxidant properties. It is used in food items and a range of skincare products. But, it has many health benefits as well and usually forms a part of several Ayurvedic recipes.

Alongside its many benefits, a lot of myths surrounding the consumption of saffron during pregnancy are also prevalent in our society. In this article ahead we will be discussing some of those benefits and busting the myths associated with them.

A very popular myth that has been going on for generations is that consuming saffron during pregnancy will improve the baby’s complexion. Is it true? Does saffron work its charm in improving the complexion of the baby?

The answer is ‘No’. The baby’s complexion in no way depends on the saffron intake of the mother. A child’s complexion is determined by hereditary factors and genetic composition.

In fact, excessive consumption of saffron during pregnancy can cause other complications and even miscarriage.

When taken in moderation, it is found that saffron benefits expecting mothers in many ways. It is recommended that the consumption of saffron should be done in small quantities.

Adding 2-3 strands of saffron in milk, water, soup, rice or kheer can do wonders. The total intake of saffron during a day for a pregnant woman should not go beyond 0.5 to 1 gram.

Excess to saffron consumption stimulates the uterus and increases the chances of premature delivery thus caution before consumption is a must and it is recommended to take your doctor’s approval before including saffron in your diet.

Benefits of Saffron during Pregnancy 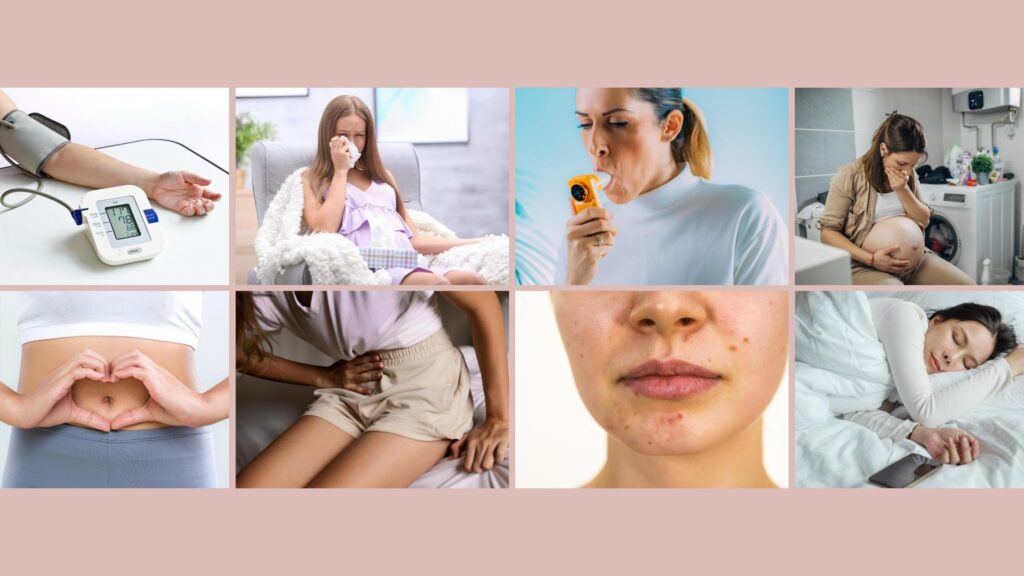 During pregnancy, a woman’s heart rate is bound to increase and speed up which can cause fluctuations in the blood pressure. Saffron helps in lowering the blood pressure due to the presence of crocetin and potassium and rescues you from hypertension which is the result of high blood pressure. These antioxidants also help reduce triglyceride and cholesterol levels in your body, ensuring a healthy heart throughout your pregnancy.

It is a known fact that digestion slows down during pregnancy. Saffron is known to boost the blood flow to your digestive system, and thus, helps to enhance your metabolism. This in turn improves digestion. Saffron also causes the formation of a protective layer in the digestive tract that helps to soothe gastrointestinal acidity and reduces the feeling of bloating.

Pregnancy is a time when women go through a lot of hormonal changes in their bodies that causes fluctuating emotions. You can go from feeling at the top of the universe to hitting rock bottom in the blink of an eye. For such times, saffron can come to your rescue. It acts as an antidepressant and boosts the blood flow to your brain. It also results in the production of the hormone serotonin alleviates your mood and it also reduces the stress hormone, cortisol in your body.

Morning sickness can leave you feeling lethargic and dull most of the time. Consuming Saffron-infused tea in limited quantities soothes the digestive system and relieves the feeling of nausea and dizziness.

As you progress in your pregnancy, sleeping can become more and more difficult due to increased cramps, pain, and discomfort with long nights of tossing and turning around. During such times consuming saffron-infused milk can do wonders as it contains mild sedative properties that help promote better sleep and enable you to feel relaxed.

Helps in Getting rid of the cramps

Throughout the pregnancy, the bones and muscles stretch and shift to accommodate the growing baby, and this can cause pains and cramps in the stomach and pelvic joints. Saffron acts as a natural painkiller and relaxes the muscles which helps in soothing the cramp.

It possesses anti-inflammatory properties that help dilate the nasal airways. It also reduces the swelling and inflammation in the lungs as a result of which breathing becomes a lot easier and clearer. It also helps in easing your cough, asthma, allergies, and nasal congestion.

Saffron is a blood purifier and an effective solution to skin problems such as pimples, acne, breakouts, and melasma that are caused by impurities in the blood. 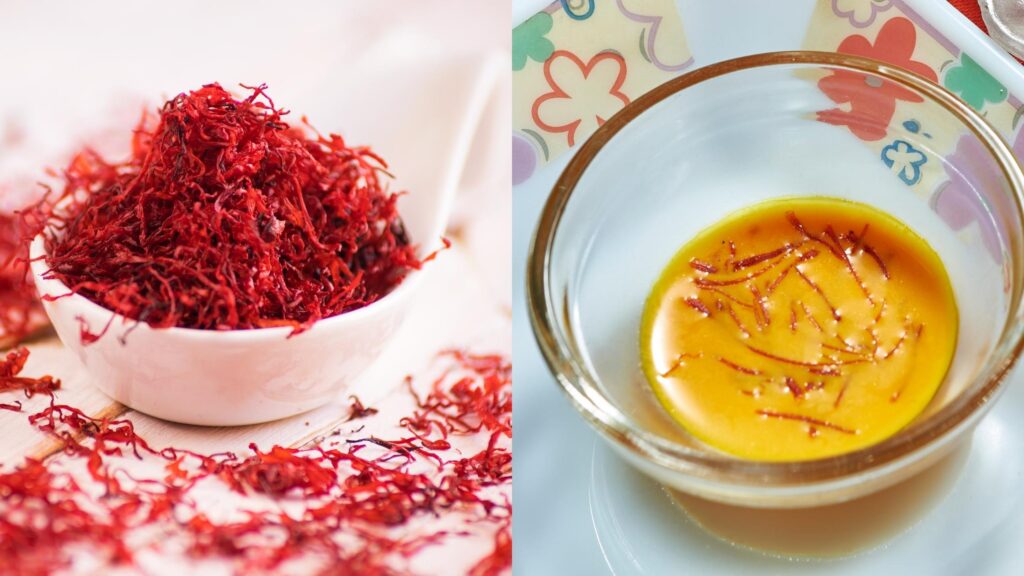 Saffron is consumed in two forms-

This is the most common way of using saffron wherein the saffron threads are crushed and transferred into the water, milk, or both. It is left to infuse for about 10 to 15 minutes before being consumed or added to a recipe like biryani, rice, kheer etcetera.

This form of saffron is best suitable for use in nutritious soups, salad dressings, and other dishes of your choice.

When to Consume Saffron during Pregnancy? 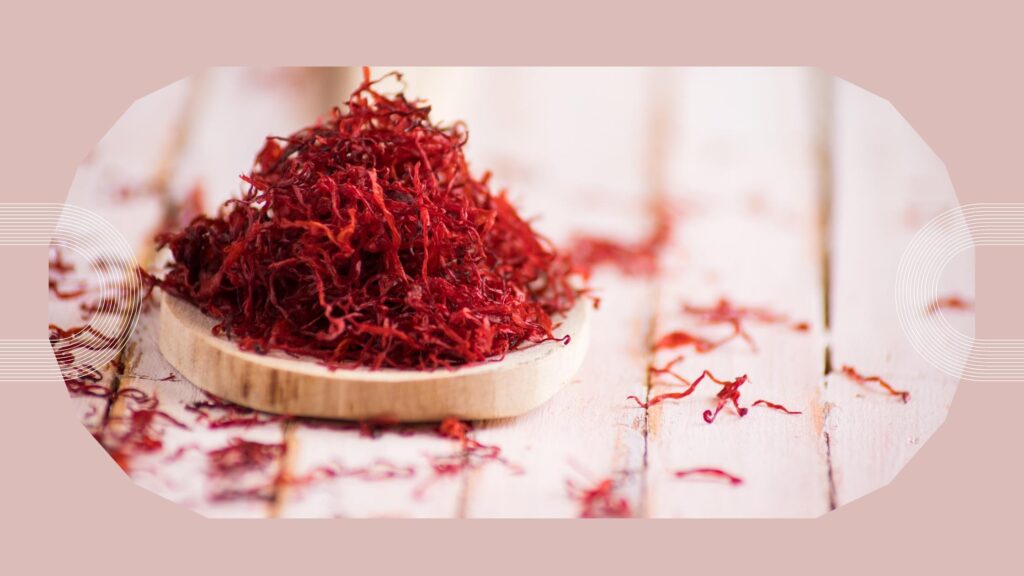 It is recommended and considered safe to consume saffron during the second trimester, mostly from the fifth month onwards when the pregnancy becomes stable and there is no chance of potential threat to the baby. Doctors have recommended not more than one strand a day as any more than that may prove to be risky. Although it has high nutritional value, it is advisable to be aware of its side effects and consult your healthcare provider and dietician before including it in your diet.

Other Things to Remember 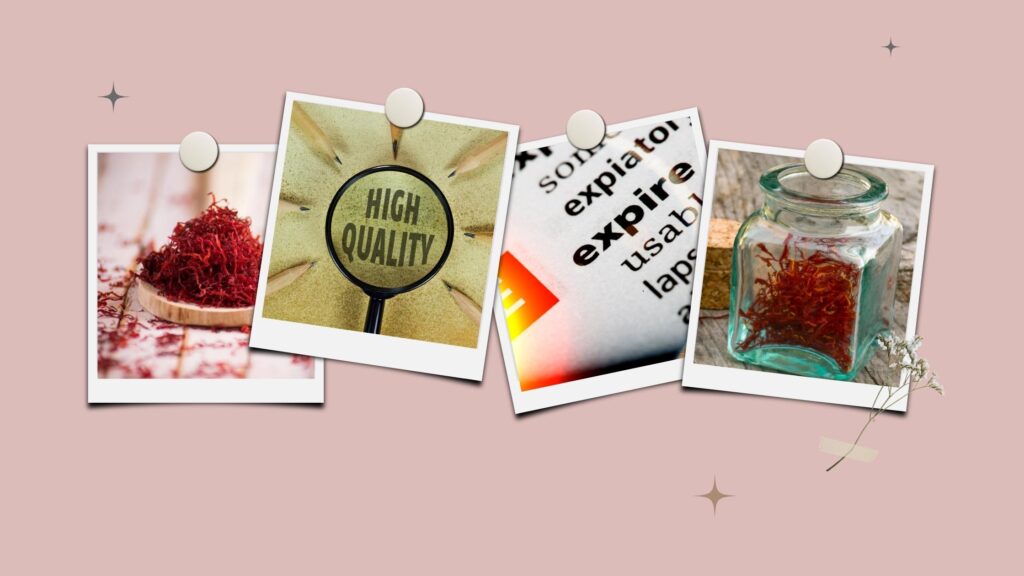 Though Saffron has massive health benefits for pregnant women, it comes with its share of side effects. Thus, it is important that it is consumed in regulated amounts.

Take a note of things if you experience any of the following side effects such as hypersensitivity, vomiting, saffron poisoning, contractions, dizziness, allergies, bleeding from eyelids, nose, or lips, numbness, jaundice, diarrhea, or blood in urine or stool.

It is important to remember that saffron might not suit all women, so taking your obstetrician and gynecologist’s advice is important.

A few other things to keep in mind are-

A word of Wisdom

Saffron no doubt is a very beneficial spice that one can add to their diet during pregnancy.

However, a wise person is one who is aware of things and takes the advice of an expert before trying out anything new at a crucial time like pregnancy.

Thus, it is best to stay safe and informed and consult your gynecologist because everyone’s body is unique and responds differently to the same things.

Wishing you a happy and healthy pregnancy!