All about Ovulation cycles 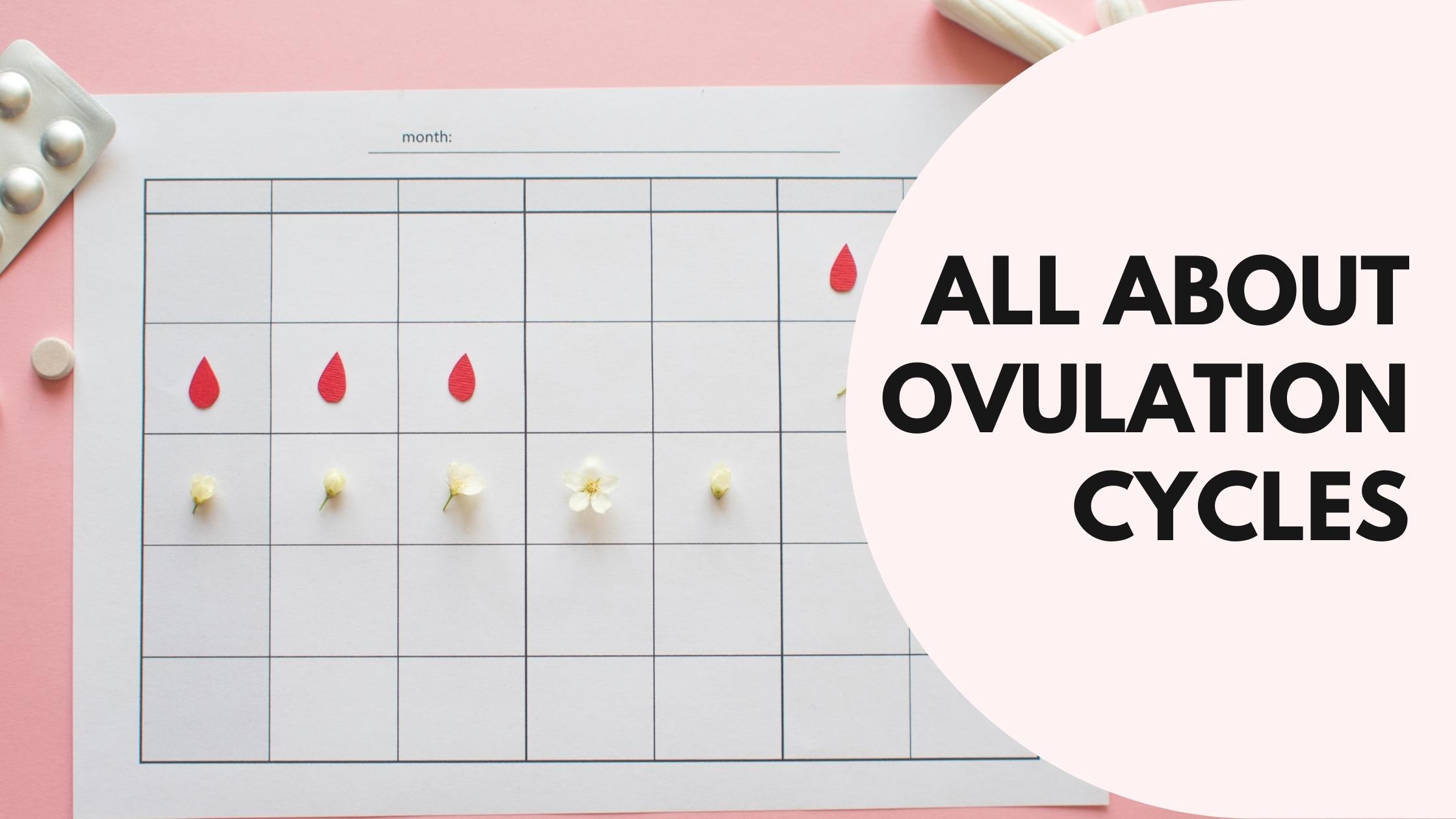 Most of us have come across the word ovulation. But not many would have bothered to understand what ovulation actually is. What is the science behind ovulation and how to track your ovulation cycle?

It is only when a woman finds difficulties in getting pregnant that she realizes the importance of ovulation. But reading and knowing about your ovulation cycle will give you an insight into more than just fertility.

With this article, you will learn all about ovulation cycles. You will be introduced to the concept of ovulation, the science behind ovulation and to track your ovulation cycle all in one place.

So, what is ovulation? 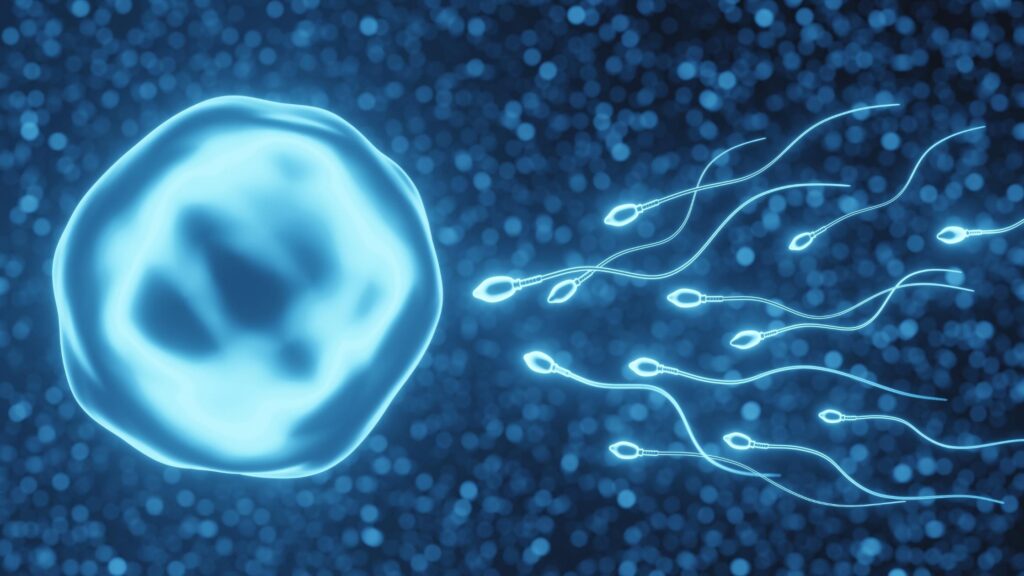 It refers to the release of an egg from your ovary into your fallopian tube. It usually happens 13-15 days before the start of each period.

The timing of ovulation varies from one cycle to another and it is likely that a woman might not have ovulation at all during a given cycle.

The basic science behind ovulation 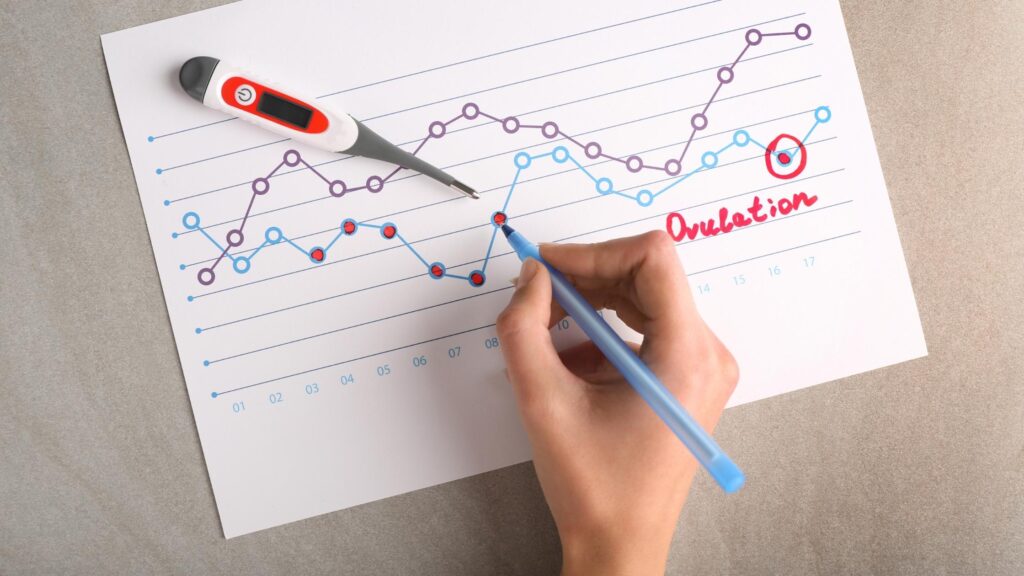 There are multiple follicles in your ovaries inside which tiny eggs develop. Follicles develop for several months before they are ready to release their egg.

During this phase, they go through various developmental stages and changes until the time of ovulation. Most follicles, though, never reach the ovulation phase and die off at different phases of development or even pre-development.

At the beginning of each menstrual cycle, there are a few potential follicles that compete to release their egg in that cycle. But by the middle of this phase, only one follicle becomes dominant.

This follicle becomes the follicle of the cycle and all the resources then go to preparing that single follicle, and other potentials die off.

When the follicle is ready and fully mature, it releases the egg. The egg then travels out of the ovary and reaches the fallopian tube.

After the release of the egg, there are about 12-24 hours in which the egg is supposed to get fertilized.

If the egg is not fertilized in this window it begins to degrade and eventually your uterus lining will shed in case of no egg implantation and you will get your periods. And in case, if it fertilizes it travels to the uterus for potential implantation for pregnancy.

This cycle repeats itself every month and is known as the ovulation cycle.

All these functions are driven forward by the cyclical changes in your reproductive hormones. They control the selection of follicles, the release of each egg, and the preparation of the uterus for implantation.

How to know when you are ovulating 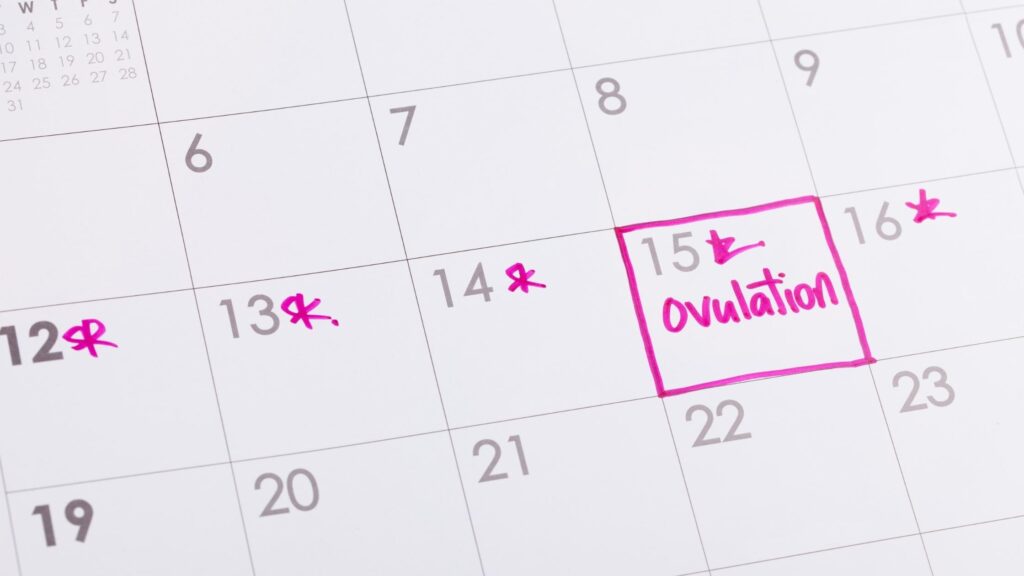 The answer to this question requires you to indulge in a little bit of mathematical calculation. To figure out how many days after the onset of your period you will ovulate, one must be aware of the length of your menstrual cycle.

For some women, it might be difficult to ascertain the duration of their cycles if they experience irregular periods due to underlying health issues. But for women who have their menstruation cycles regularly, this might be a piece of cake.

You all have to figure out when the first day of your period might be and count backward up to 14 days. the two or three days before that day in your cycle will be your most fertile window.

Keep a track of your period to see if you can detect a pattern. You might think you are often late but it could be just that your cycles are longer than usual. It could be a cycle of 32 days or more.

Also be on the lookout for some ovulation symptoms like the changes in your cervical mucus, a fluctuation in your basal body temperature, etc. We’ll be discussing the symptoms in detail in the upcoming sections.

How to track your ovulation cycle to get  pregnant 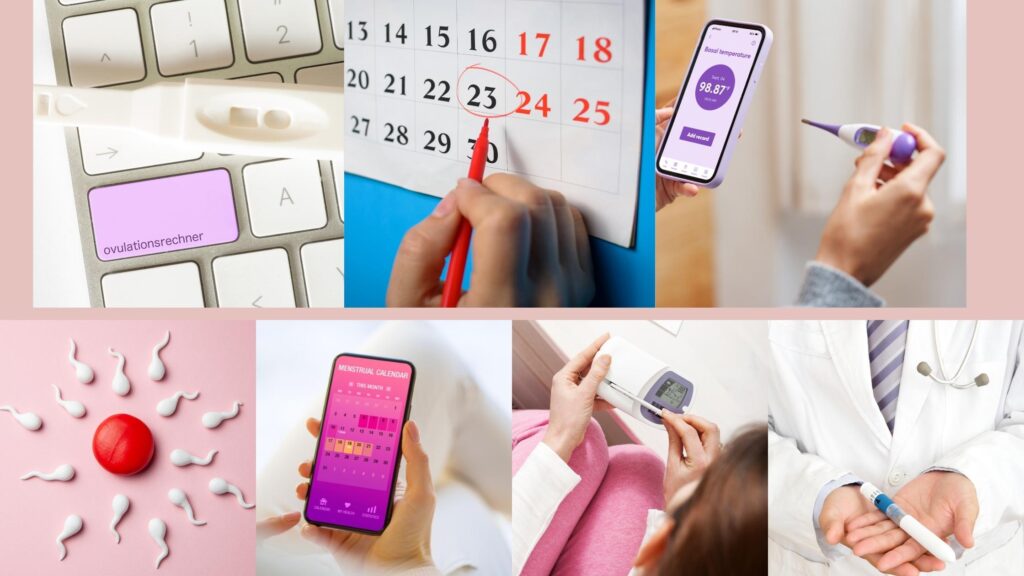 There are multiple ways that you can use and know how to track your ovulation cycle so that your efforts of conceiving do not go in vain. A well–timed and planned attempt at conceiving will result in higher chances of pregnancy.

The correct way to use this method is to the length of your last 6-8 menstrual cycles. Then count the shortest and the longest ones and some elementary addition and subtraction to determine your most fertile days.

This is pretty much very similar to the calendar method and is most effective for women who have regular cycles of 26-32 days. If your cycle falls in this category then your most fertile days would lie somewhere between days 8 and 19.

Basal body temperature refers to your body temperature when you are fully at rest after a night of sleep. this is typically taken when you first wake up in the morning. When your BTT dips to its lowest reading and then rises right after by about half a degree, you will know that your ovulation has happened.

A change in your cervical discharge is another method to know when you are ovulating. The mucus will become slippery, thin, and clear as you near your ovulation.

Congratulations! Your life has become easier with the arrival of these apps on the market. They are there to do your job. These apps can count the days of your cycle on your behalf and then use an algorithm to predict your ovulation days.

Just like pregnancy kits, there are ovulation kits available in the market to track your ovulation. These kits are about 80% accurate and work pretty much like pregnancy kits wherein you get a positive or a negative result if you put your urine on it.

The only difference is that a pregnancy kit measures your pregnancy hormone HCG whereas an ovulation kit measures the level of luteinizing hormone in your urine.

Your ovary releases an egg with rising LH levels. A positive result on the strip would mean that you are likely to ovulate in the next 12-24 hours.

If it has been more than a year and you are still struggling to conceive then it might be the time for you to get in touch with your doctor.

Irregular periods or trying to track your periods when you have polycystic ovarian syndrome (PCOS) can be very tricky and take a doctor’s consultation becomes crucial in such cases.

Pregnancy is all about patience. Stressing yourself and worrying will definitely not work in your favor. There’s no typical timeline to getting pregnant while knowing how to track your ovulation cycle. There is certainly no magic potion to get pregnant.

All these things are like tracking ovulation cycles. Eating healthy, exercising, etc might aid you in the process but they aren’t a sure-shot shortcut to pregnancy.

If you have been trying for a very long time and are still unable to conceive after trying out everything it better that you consult a doctor. A proper diagnosis will help you understand your problem better and devising a solution to it will become easier.

Lots of love and blessing to all women trying to conceive!